History of the Corridor 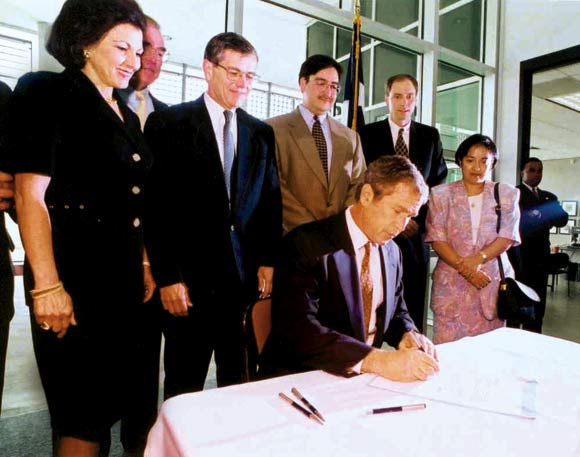 The Entrance to the Pacific Corridor is a state and federally designated trade corridor from Texas to Chihuahua City, Chihuahua, Mexico, and continuing to the Mexican Pacific port of Topolobampo in the Mexican state of Sinaloa. Chihuahua is one of the four largest trading partner states with the United States, and this new corridor would capture a majority of this trade for Texas. Long term, after the completion of a highway from Chihuahua City to Topolobampo, and improvement of rail facilities, it would offer Texas with long-term access to a Pacific deep water port that is approximately 500 miles closer and much less expensive than the Port of Los Angeles.

The concept of this major new trade corridor was developed jointly by MOTRAN Alliance and the Departments of Economic Development of the States of Chihuahua, Sinaloa and Durango. All four entities support the development of this corridor strongly. The concept was originally endorsed by Governor Patricio Martìnez Garcìa of Chihuahua, Governor Angel Sergio Guerrero Mier of Durango, and Governor Juan S. Millàn Lizàrraga of Sinaloa and Governor George Bush of Texas.