New Faces on the Board 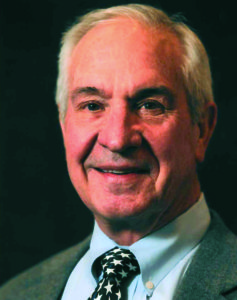 Tom Sprawls was elected to serve on the Odessa City Council in November and was sworn in on November 28, 2018.

He received a Bachelor of Business Administration from Texas Tech. After several years in the material handling and trucking business, he came to Odessa as the General Manager of a truck dealership, which he managed for 24 years. Tom was awarded the Peterbilt Dealer of the Year twice. He retired in May of 2018.

Tom admits he is blessed to be part of Odessa and believes in its opportunities for continued growth. His beliefs led to his desire to contribute to the community, friends and neighbors for 25 years. Tom’s civic involvement includes serving on the Ector County Appraisal District, Disciples Village (a HUD project) and Southwest 66 Credit Union. He has been active in MOTRAN and the Texas Trucking Association. He is a past board member of the Rainbow’s End Emmaus Community, and Past President of the Odessa Rotary Club. Tom and his wife, Patti, are proud of their three adult children and three lovely grandchildren.

Peggy Dean was elected to the Odessa City Council At-Large position on last November, and sworn into office on November 28, 2018.

Peggy received her BBA Accounting from the College of the Southwest, Hobbs, New Mexico. Peggy began as a supervisor for Johnson, Miller & Co. CPA’s in 1985. In 1990, she transferred to Odessa, Texas, to open their regional office which has grown to be the largest accounting firm in Odessa. She has successfully facilitated over fifty mid-size company mergers and acquisitions, and has 35 years of experience in Public Accounting in various sectors including Oil and Gas, Retail, Medical, Service and Construction, and Tax-Exempt organizations.

Her professional associations include the American Institute of Certified Public Accountants and Institute of Certified Public Accountants. She has been a board member of the Odessa Chamber of Commerce, Junior League of Odessa, Rotary Club of Odessa and the Education Foundation. Peggy is passionate in Education Initiatives including her involvement with the UTPB Development Board, Odessa College Bond Election and the ECISD Bond Election.

Her accolades include Citizen of the Year-Odessa 2003, Odessa Business Hall of Fame 1999, Athena Award and Woman of Distinction-PB Council of Girl Scouts. Peggy has three children, including local District Judge Sara Kate Billingsley. 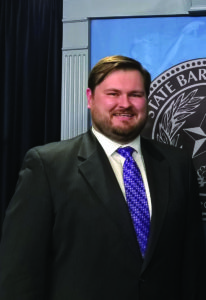 Shaun Rainey is a shareholder and attorney with Cotton Bledsoe Tighe & Dawson, PC in Midland, Texas.

He works in the firm’s Estate Planning and Probate Section and is licensed to practice in Texas and New Mexico, as well as, United States District and Bankruptcy Courts for the Western District of Texas.

He received his bachelor’s degree from Rice University in 2008 and graduated from Texas Tech University School of Law in 2011. He is a member of the College of the State Bar of Texas, Midland County Bar Association, and the Texas Young Lawyers Association. He is also a member of and served as President from 2014-2015 of the Midland County Young Lawyers Association, and, currently, as Vice President of the Midland-Odessa Business and Estate Council.